OF THE LENDING INTEREST RATES

Based on the Decree No.37/2013/NĐ-CP dated April 22nd, 2013 of the Government on the amendments to the Government’s Decree No. 138/2007/ND-CP dated August 28th 2007 on the organization and operation of Local Development Investment Funds; 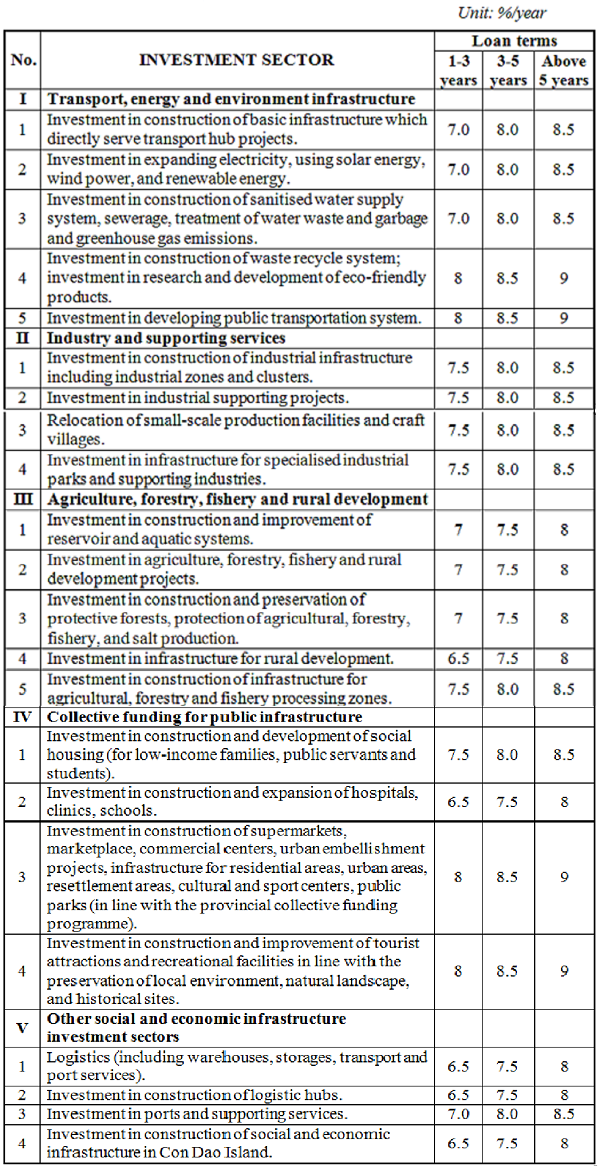 The lending interest rates in Figure 1 shall apply to clients with strong and transparent financial position and match all lending requirements of Ba Ria – Vung Tau Development Investment Fund.

Depending on the loan amount; the feasibility of project and the ability of project owner or the priority investment sector; good cooperation with the clients, etc., some specific projects might be offered the lending interest rates that are higher or lower than the rates stated in Figure 1. In these cases, the Investment – Credit – International Cooperation Department shall submit the appropriate lending interest rate on each loan project to the Fund’s Director for approval, provided that these rates shall not be less than the minimum lending interest rates determined by the provincial People’s Committee.

The related Departments shall be responsible for informing and implementing this Announcement. Any difficulties which may arise from the implementation of this Announcement shall be informed to the Investment – Credit – International Cooperation Department to report to the Director.

This translation is translated by BVDIF, for reference only.