Happy Garden Kindergarten was built in My Xuan A2 industrial park in Phu My district, Ba Ria –Vung Tau (BR-VT) province to serve the increasing childcare need of workers. The capacity of this kindergarten is 16 classes with 450 children.

BVDIF along with three companies in My Xuan A2 industrial park contributed capital to establish the BLFS joint-stock company to implement project. In addition, BVDIF also entrusted Agribank Vung Tau to provide loan to BLFS. Total project investment is about VND 29.5 billion (appx. USD 1.27 million), in which BVDIF financed about 66% through capital contribution and loan entrust.

Happy Garden Kindergarten project is not-for-profit orientation and states BVDIF’s commitment in social infrastructure development in BR-VT province. The loan entrusted by BVDIF has longer term and lower interest rate compared to other commercial loans. During the school operation, with the majority shares in BLFS, BVDIF will ensure that the school offers national education standards while tuitions fees are lower than private schools in the region so that to fit with workers’ income.

With its outstanding development impacts to community, the Happy Garden Kindergarten project was received a Merit Award in category “Corporate Social Responsibility” from the Association of Development Finance Institution in Asia and the Pacific (ADFIAP) at the ADFIAP Awards Night 2019 held during the 42th ADFIAP Annual Meeting on February 20th 2019 in Oman. The ADFIAP Outstanding Development Project Awards are given annually to recognize and honor ADFIAP members which have undertaken or assisted projects that have created a development impact in their respective countries. This ADFIAP Merit Award shall encourage BVDIF’s staff in further efforts and achievements for socio-economic development in Ba Ria – Vung Tau province.

Below is some project photos. 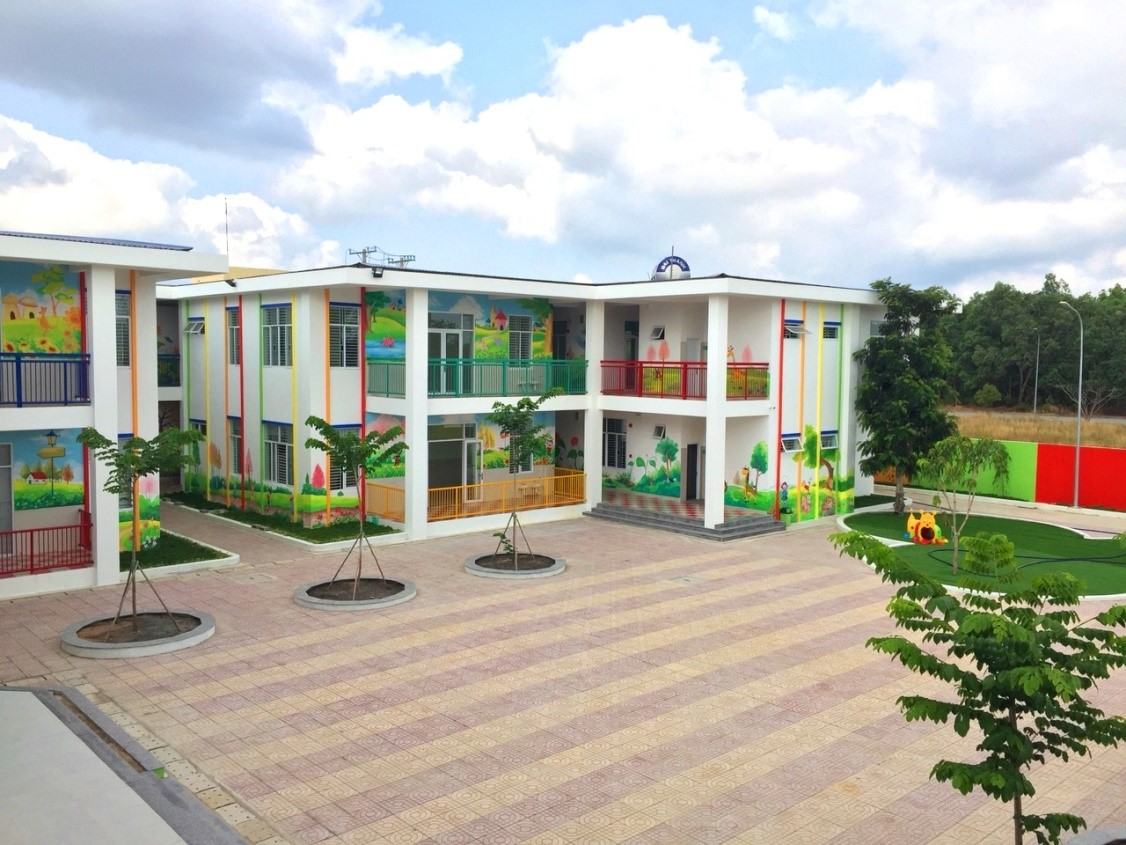 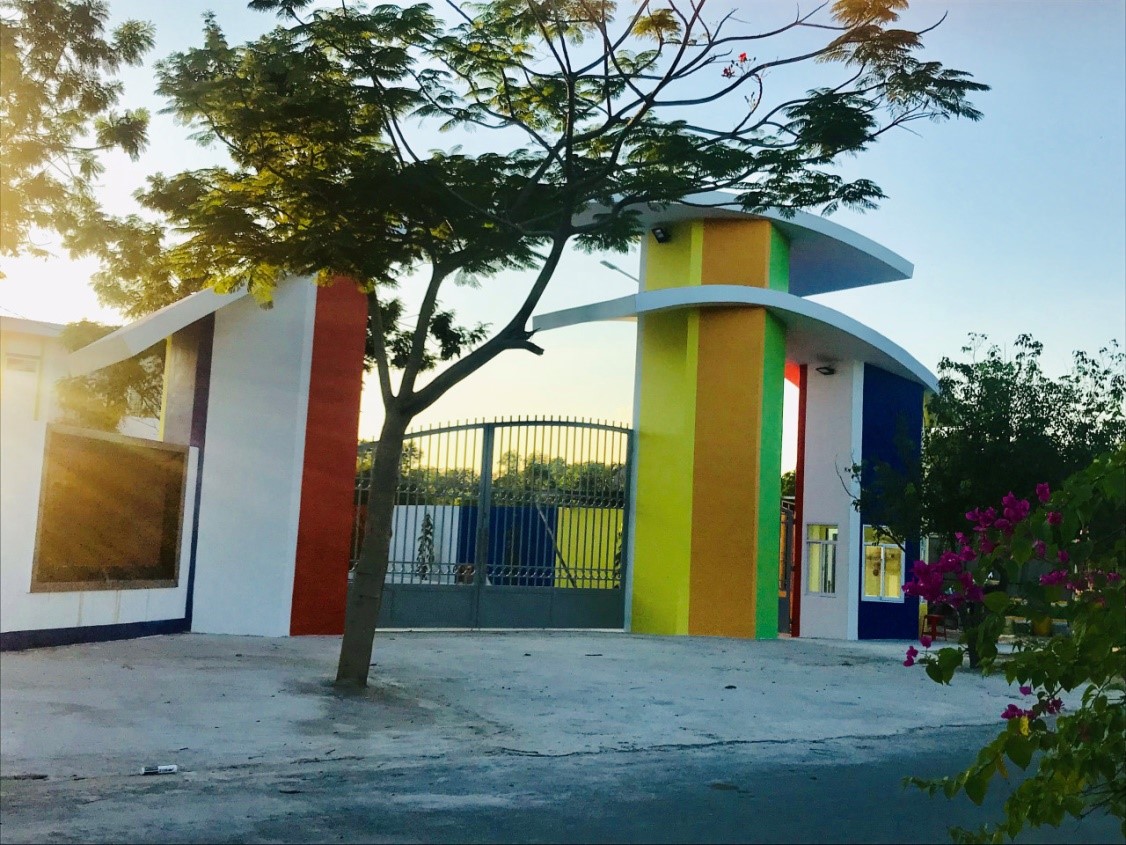 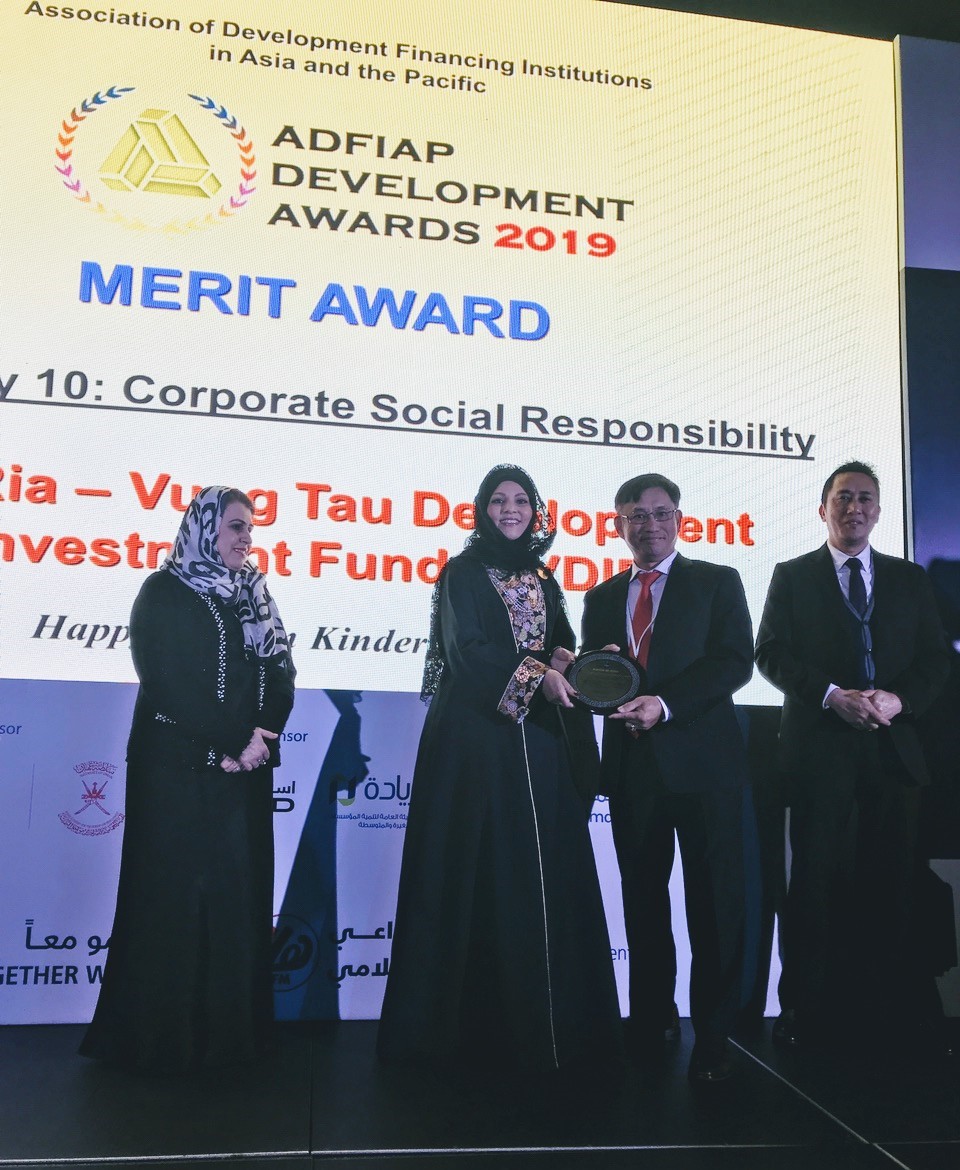 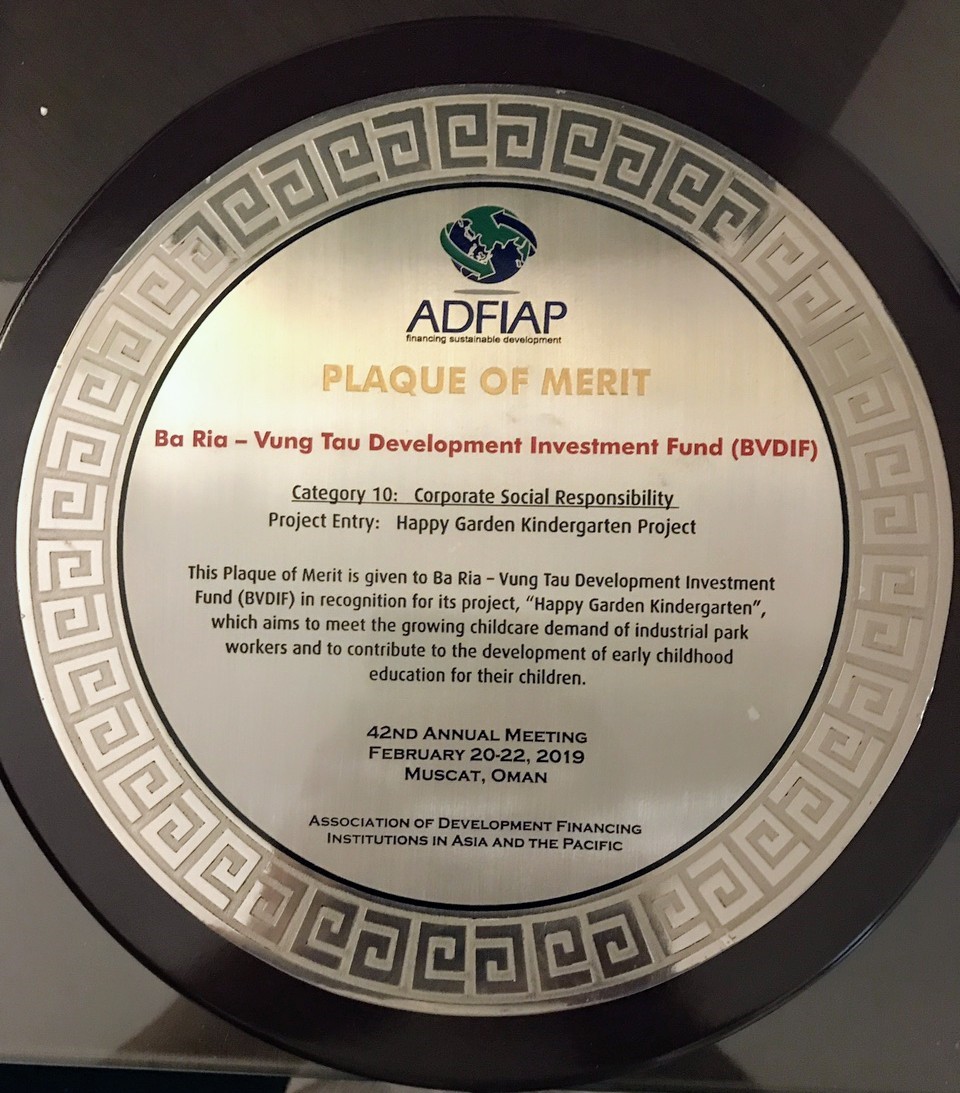